Every night, Lyle drove home from work, made himself a peanut butter sandwich for dinner, and then watched television until it was time for bed. He usually fell asleep in his armchair during one of Johnny Carson’s interviews. It was a terrible feeling, waking to the loud, flickering television, and then, having turned it off, fumbling blindly toward his bedroom in the sudden empty silence.

A week earlier, his wife had been in a car accident. She had broken several bones and almost lost her arm. The doctor had told him that they expected her to be in the hospital for at least five weeks, maybe six.

So far, Lyle had only been back to visit her a few times. He didn’t like to drive at night—all those bright white lights racing toward him in the dark—and there was a steep curve along the main road. Also, he hated hospitals. Everyone in his family did. It was a sorry excuse, but there it was.

During the third week, when he got home from work, their neighbor Mrs. Bledsoe followed him up the side steps to the kitchen with a plate of meat and potatoes, still hot from the oven, and a fresh raspberry pie. An entire pie, all for him. What was she thinking? He couldn’t figure it out.

Lyle’s wife had never, to his knowledge, baked anything. She had a trim figure that she was eternally working to preserve. Thirty years earlier, he had found her asceticism charming somehow; he had thought of her as fragile, in need of protection.

Mrs. Bledsoe made a pot of coffee and then sat at the table watching him eat, not drinking from her cup. Unlike his wife, she didn’t seem bothered by his consumption of the food she had brought. She seemed to get some satisfaction from it, in fact. He wasn’t good company, but still, she didn’t get up to leave. Her husband had been killed as a young man in the Vietnam War, and she had no one to get home to, Lyle supposed.

It was the first time he had ever seen her close up, and he realized that she was not as old as he’d previously thought. She was plump and motherly and wore faded, dowdy housedresses that had always reminded him of someone from his childhood. Someone old, with a damp embrace and dusty, unpleasant perfume.

The real Mrs. Bledsoe had bright, unlined eyes and carried the scent of cold, fresh air and pie. Her hair was nowhere near the gray he had imagined from a distance; it was pulled up in a soft, honey-colored knot. She might have been forty, if that. The few times he remembered glimpsing her in passing—sweeping her front steps, hanging laundry on a line in her back yard—suddenly took on a new sheen.

That night, after Mrs. Bledsoe had gone home, Lyle turned the knob on the television and sat staring at the screen without hearing a word. He couldn’t seem to focus his thoughts. The whole house was filled with the scent of food. He had eaten all of the meat and potatoes, but she had left the rest of the raspberry pie in a tin in his refrigerator.

Lyle’s wife was doing poorly, but she was still sent home on schedule. Her arm was in a sling, and the sight of her put Lyle in mind of a bird with a broken wing. For the rest of her life, she would have problems as a result of the accident; she was always a little weaker, a little sicklier than she had been before.

The following spring, Mrs. Bledsoe married a widower with a whole passel of young children, and she moved into their house in town. Sometimes, if he happened to be driving in the afternoons, Lyle would see her walking the children home from the grade school or the little two-room library. Her cheeks were rosy and she was often laughing, holding a pair of small hands in her own. Married life seemed to suit her. (Again, he supposed. She hadn’t been much more than a newlywed when her first husband had been killed.) After a year or two, the family moved away.

Although Lyle never saw Mrs. Bledsoe again, there were many times that he thought he caught a glimpse of her. He would be walking out in the fields near the house, or driving in town, and he would see the flash of a woman’s arm, or a familiar pattern of dress, but inevitably, the woman turned and he saw that it was someone else.

Getting out of the bathtub, Lyle’s wife fell and hit her head against the white porcelain. Lyle had to wrap her in a towel and lift her out of the tub. She weighed so little that he had no trouble picking her up, but still, she gripped his arms with her bony little fingers. There was a gash on her forehead, and because of the water, it bled and bled. He had to hold gauze against her skull for what felt like hours before the blood finally began to clot.

That night, after he had put her to bed, he sat in his armchair in front of the television. He felt agitated, almost angry, though he couldn’t have said why. Johnny Carson was interviewing a pretty young movie actress that Lyle had never seen before. She was quite young, but still, she smiled and seemed at ease, sitting next to Johnny’s desk.

Lyle fell asleep. He dreamed that his insides were empty, cavernous, and that his wife was so small that she could fit inside his rib cage. He wasn’t sure how she had come to be there in the first place—had he swallowed her, he wondered?—but regardless, she was now a little bird, and she flew out again and again no matter how many times he caught her, shut her inside, and locked the little door. Her beak was as small and sharp as the point of a miniature spear. He tried to hold her in, but to no avail.

The light was just coming up when Lyle woke. All he could see were the faint outlines of the living room furniture and the gray fuzz of the television screen. He got up to turn off the set. His entire body ached.

With difficulty, he staggered down the hall to the bedroom. The room was dim and his wife was so small that he could barely make out the shape of a body under the blankets. He walked closer and leaned over her, and in her sleep, she turned her face away.

He straightened and looked out the window at the color-bleached yard. With everything that had happened the night before, they had forgotten to eat dinner. Lyle was suddenly ravenous.

Taking care not to wake his wife, he walked rapidly back down the hall to the kitchen. He opened the refrigerator and was dismayed to discover that there were no fresh groceries. He had not done the shopping yet for the week, and his wife rarely went to the store. She had written only one item on the list hanging on the front of the refrigerator, and when Lyle leaned toward it, he saw the words “mouse traps” in her spidery scrawl.

Lyle tore open the cupboards, the pantry, the bread box on the kitchen counter. He had been overcome, momentarily, by a fear that there was no food in the house at all, and he would starve to death, but that was not the case.

He piled bags and boxes and cans of food on the table and sat in front of them, eating everything he could lay his hands on. He started with bread and cereal and soup and worked his way through to the last spoonful of jam. When there was nothing else left, he ate raw oatmeal and uncooked rice and the first half of a bag of flour.

The sun came up, and still, Lyle was sitting at the table. His head was throbbing, but no matter how much he ate, he was still hungry, and so he went on eating and eating, gobbling up everything in front of him, waiting desperately for the moment when he would finally, at long last, feel full again.

Leah Browning is the author of three nonfiction books for teens and pre-teens, all published by Capstone Press, and three chapbooks.  Her most recent chapbook, In the Chair Museum, was published by Dancing Girl Press in 2013.  Browning’s fiction, poetry, essays, and articles have also appeared in publications including The Saint Ann’s Review, 42opus, Bluestem Magazine, Cape Fear Review, Storyscape Journal, 300 Days of Sun, Halfway Down the Stairs, Wigleaf, Brink Magazine, The Citron Review, Fiction365, Salome Magazine, and Per Contra, and as well as on a broadside from Broadsided Press, on postcards and bookmarks from the program Poetry Jumps Off the Shelf, and in several anthologies.  Her fourth chapbook, Out of Body, is forthcoming.  In addition to writing, Browning serves as editor of the Apple Valley Review. Her personal website is located at www.leahbrowning.com.

3 thoughts on “HUNGER by Leah Browning” 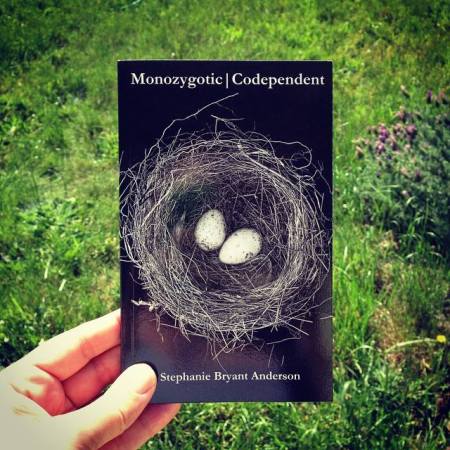 The Catastrophe of my Personality by Corey Mesler 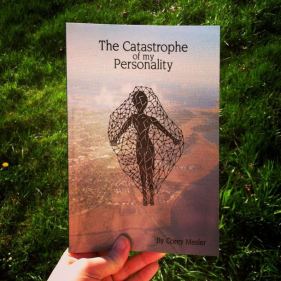 Rooftops and Other Poems by Heather Minette